Probably in every home is located at least one rusty object.

Often, these objects that can be tools, ironmongery from various pieces of furniture, components of electrical appliances, spare bike, motorcycle or car are of much better quality than modern ones. Unfortunately, because they are rusty, they look ugly and usually end up being discarded.

I have two such objects in the house, two tweezers, which were forgotten a few years in a very humid environment so they’ve reached a state where you do not really come to use them.

Because those tweezers were once qualitative, during the winter holiday I thought to recondition them, giving the chance to be again used for many years to come.

I sank two tweezers into the solution, and after a few minutes I noticed that the “chemical un-rusting” began, slowly turns into rust iron citrate, soluble in water, which emerges from the tweezers and submitted to bottom.

After a few hours rust was gone and tweezers were all clean, having a gray to black color.

A rinse with water followed.

The next step was immersing the tweezers in alcohol to remove the water from the metal pores, and the last step was to energetic clean the tweezers with aluminum foil (the kind that is used in the kitchen).

Rubbing with aluminum foil, in addition to very slightly abrasive effect will have another effect: being very avid for oxygen, aluminum will take oxygen from iron oxide on track, after this reaction leaving only pure iron.

In some situations, when rust didn’t penetrated too deeply into the metal or the object is too large to be immersed in the citric acid solution, a simple friction with citric acid and dampening with aluminum foil of rust stains can give excellent results.

The last step was to anoint tweezers with oil for fine mechanisms, then I wiped again with a dry cloth. See results below. 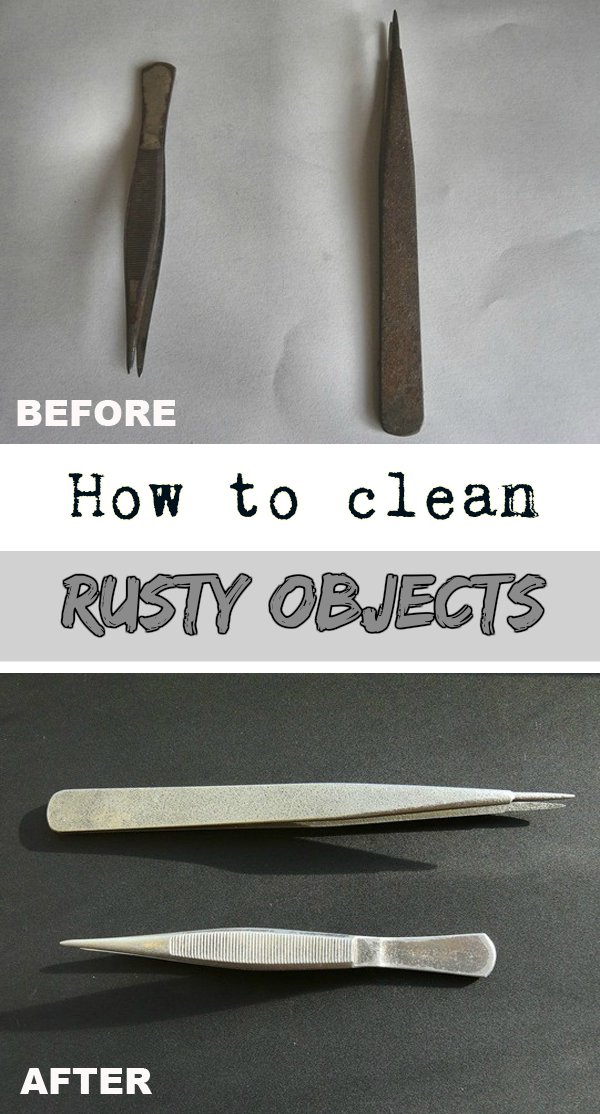 How To Make The Best Budget-Friendly Laundry Detergent